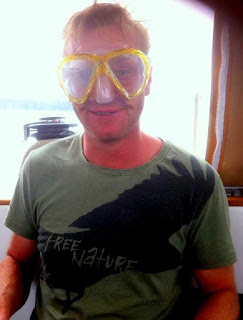 Conrad has dedicated his life to the pursuit of the many adventures the world has to offer. He strongly believes being surrounded by hardships the true beauty of nature floods the senses.

Growing up in the Blue Mountains of NSW Conrad found a natural attraction to exploring cliff lines discovering rock climbing at an early age.

Conrad went on to experience mountaineering and rock climbing in Patagonia, Europe and the New Zealand Alps.

At the age of 30 Conrad was introduced to sailing as a professional crew member aboard a Tall Ship on an expedition to Antarctica. Following this Conrad purchased a small yacht in North Wales and sailed home to Australia single handed across the Atlantic and Pacific oceans.

In 2010 Conrad sustained a spinal injury and subsequent neck operation. Since then his road to recovery has been long and hard with lessons learned along the way. His focus turned to an education in risk management in order to work with his physical limitations to achieve the goals of an adventurous life for himself and others in similar circumstances.

Conrad now lives on the South Coast of NSW where he holds the position of safety officer for Marine Rescue Narooma, enjoys creative oil painting, exchanging tall story’s with good friends over coffee and long walks on the beach with his beautiful wife.
By Walter - February 09, 2016