Paul is our media star!

Paul is an internationally renowned climber/author/personality. It is because of Paul we have the media particularly interested and is why famous cinematographers like to film him.

This doesn't help us with sponsorship of the ride. For instance we need to secure a support rental vehicle for 6 weeks for one. Maybe a small campervan or just a panelvan or 4WD... if you think you can help we love to hear from you  longwaytotop@cotu.biz

We are considering changing the name from Below Sea to Summit to perhaps Long Way to the Top as Sea to Summit is not able to offer us an acceptable level of sponsorship and we don't wish to plagiarise their name if they are not in anyway involved.

Please do not hesitate if you think you can help! 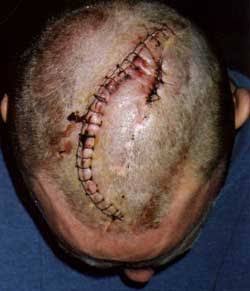 
Here is another great recent interview with Paul:


On April 4, 2016 British climber Paul Pritchard summited the Totem Pole, the amazing obelisk in Tasmania where he suffered a nigh fatal fall in 1998. As a result of that incident Pritchard was left partially paralysed and now, 18 years later, his ascent celebrates a conquest and circle that has now been closed.

In Eighteen years after the rock smashed into my skull, leaving me partially paralysed, and with expressive aphasia, I returned to the scene of the accident in Tasmania and climbed the Totem Pole, closing a chapter on my life.”

In Paul’s words: “Well, after 18 years I knocked the bastard off! I’m feeling sated and as if I have been run over by a truck after the effort of climbing it.”

Paul Pritchard nearly died trying to climb the Totem Pole in 1998. Eighteen years later, he has returned and successfully conquered the slender sea stack on Tasmania's east coast. Mr Pritchard was one of Britain's leading climbers in the 1980s and '90s, travelling the world to scale new heights..”