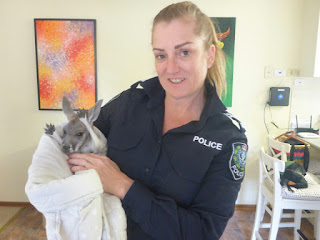 After saying goodbye to Tiffany the Outback Cop and her Joeys we cycled out of town and up a substantial hill. As we crested the view of the our descent was punctuated by laughter such  as meeting Tiff and Lauren from Leigh Creek Police who posed for pictures with us. 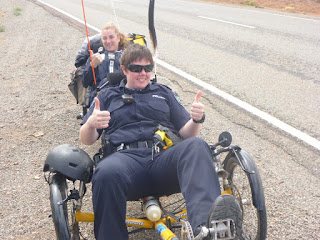 We saw the beginning of the Flnder's Ranges slowly rising up in as low rounded hills was fantastic. The next 50km was all flat or downhill it seemed. 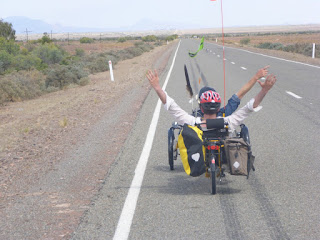 We arrived at Parachilna in the early afternoon . Duncan had a plate of fried roadkill at the Prairie Hotel. 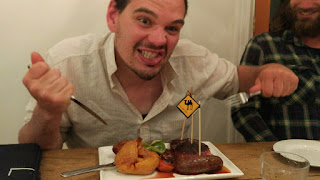 We then had a decision to make. Dan had been languishing in Quorn hospital for the last few days. He said he had recovered from his bladder infection and needed to rejoin the trip. So Conrad is gong to go to Quorn and pick Dan up with the help of Steve's (an able-bodied friend from the uk) ute.  The plan is that he will rejoin the trip at Blinman in the Southern Flinder's, the destination for today...
By Paul Pritchard - September 12, 2017