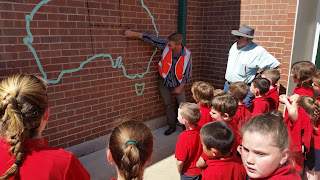 After a successful presentation at Khancoban Public School the L2H team pushed up a huge hill. About  three quarters of the way up we came across Daniel slumped over his trike. 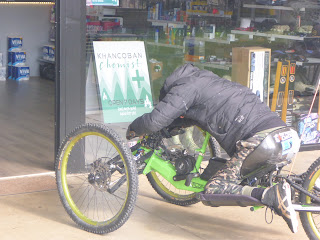 He had been vomiting and had a temperature. Vonner, our medic, made the decision to evacuate him to Corryong, the closest clinic. Ed drove him there whilst we continued with an emergency shelter and food. 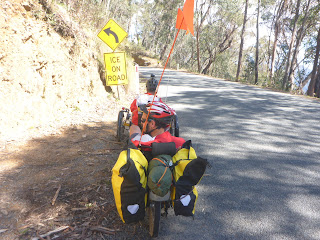 Once on the summit of the pass we went into one of the craziest descents any of us have ever done. The screeching of the disk breaks on the tandem was deafening as we reach 60kph through narrow cuttings. Then to Geehi flats and a beautiful camp by the Bogong Creek. 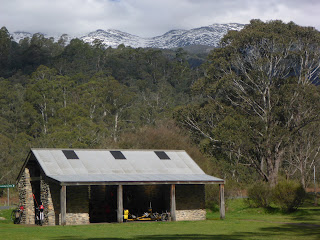 The physical and psychological crux of the expedition.
We made the decision to go at our own pace on this monster of a hill up to Dead Horse Gap. Conrad was now supremely fit and we did not see him or Vonner until Thredbo. 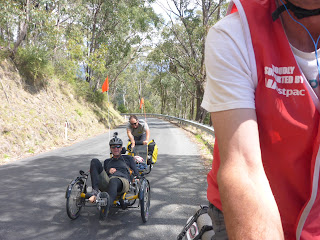 Paul, Duncan and Walter made it to Tom Groggin by 11am, the cutoff time. One hill down, two to go. 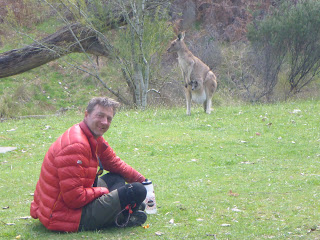 After a big pasta and fish lunch we tackled the next pass. Duncan ended up pushing the trike (with me steering) up the 1 in 4 hills as it was faster (5kph instead of 2kph). We all had to dig very deep to find reserves that are not often apparent. Walter fitted his oxygen tubes to his face that lead around his back to a backpack. We rolled into Leather Barrel Creek at 2.40 for some jelly frogs. 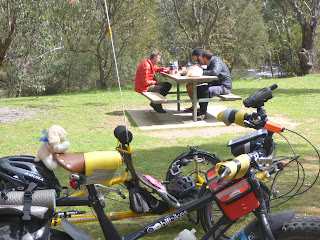 Now only Dead Horse Gap to navigate. Walter was now resting at every 100m marker and the tandem pulled away from him. When Paul and Duncan reached the snow in a place called Siberia they paused and took a handful. 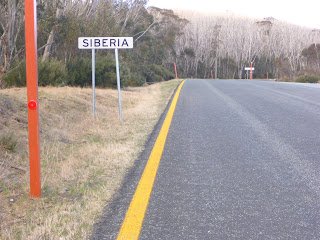 The snow after coming 2000km from the salty surface of Kati Thanda. They didn't say much. There was a reporter, Kirsten, waiting at Dead Horse Gap so after posing for photos Paul and Duncan sped down through the freezing cold to Thredbo and the YHA. Walter was only minutes behind them and he being tech savvy used his gps to beat the tandem crew to the Hostel. 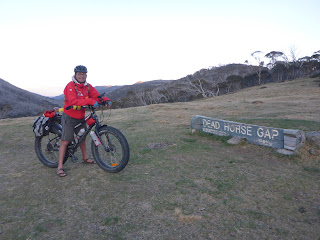 We are now having a well earned rest day at the Thredbo YHA!
By Paul Pritchard - October 14, 2017